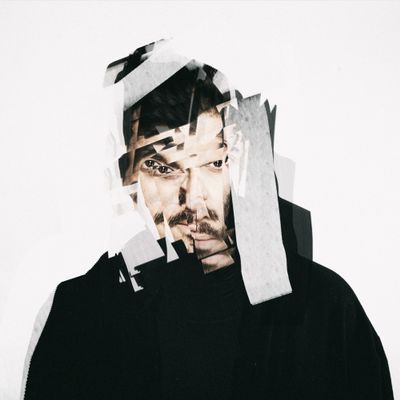 In parallel, his love of rock music saw him join the band Font as bass player. Playing heavy rock, the band would perform underground gigs to only fifteen or so people. Any more than that risked catching the attention of the Ministry of Culture and the problem that would entail. Koosha learnt exactly what those risks were in 2007. Having been asked to play at a UNICEF related cultural event at the Kings Palace, the government proceeded to cancel it at the last minute, instead Font put on the gig in the Tehran suburbs, which was raided by commando’s abseiling in from helicopters. Everyone was arrested, including Font, and Koosha spent three weeks in jail.
On his release—and with Font now in effect shut down—Koosha formed Take It Easy Hospital, a new indie/electronic/pop band, with friend Negar Shaghaghi. They built up a big following on myspace and, off the back of that, were invited to play the In The City Festival in Manchester. The Kurdish-Iranian film director, Bahnman Ghobadi, got in touch around the same time, asking them to collaborate with him on a film about the Iranian underground music scene.
The film, No One Knows About Persian Cats, loosely based on their own experiences, won the Un Certain Regard Special Jury Prize at Cannes in 2009. But Iran was entering another “destructive” phase, with a new crack-down on music. The band’s drummer was arrested and beaten, and the Iranian-American co-writer of the film, Roxana Saberi, was charged with espionage and sentenced to eight-years in prison. Kooshanejad and Shaghaghi were in the UK playing further dates and decided they had no choice but to stay, seeking asylum.

From 2010 onward — making a living providing soundtracks to Iranian films, commissioned and delivered over the internet—Koosha threw himself into his own experiments in electronic sound. Living in London, he went into musical hiding, often vanishing for two or three weeks at a time while he wrestled with a variety of problems in sound. He perhaps retreated even further into himself and his own music after the terrible events of November 2013, when three members of the Tehran band Yellow Dogs — who had also been featured in No one Knows About Persian Cats — were shot dead in Brooklyn by another Iranian exile.
The “nano-compositions” he created in this period were based on “the sonic behaviour of fractal patterns that exist within a stretched or rescaled sound wave but without pitch alteration.” More importantly, they sounded amazing and when he began to put them on soundcloud and an obscure Japanese blog, they were championed by Antony Fantano of The Needle Drop, leading to a deal with NY DIY label Olde English Spelling Bee. The resulting album, Guud, didn’t even have a press release but went on to be included in FACT’s Albums of the Year, with Koosha also being interviewed by Pitchfork and featured by the Guardian.
Now, with “I AKA I,” Koosha has taken his musical experiments a step further still. Fascinated for many years by his own synaesthesia (the ability to ‘see’ sound), Koosha has tried to systematise this ability by treating sound “like a physical matter which can be broken down, liquified, rescaled or spatially positioned.” The results are nothing less than stunning. The album, he says “is about transformations in psychology and technological advancements - the result is always the same humans in the end.”
In addition, filming is complete on his first feature film, “Fermata,” which features Colin Firth’s son, Will Firth, as well Ash’s old friend from Take It Easy Holiday, Negar Shaghaghi, who also co-wrote. Keeping things in the family, the film was shot by his brother. Beyond this, Koosha’s interests remain varied. He heads up the software company KOIZ, and has collaborated with the coder Mangosh Prunier (evvvvil) to make possibly the world’s first virtual reality album. “I AKA I” will be shown in 2016 using Oculus Rift headsets ahead of their projected mass marketing. The suspicion remains that he has barely got started… 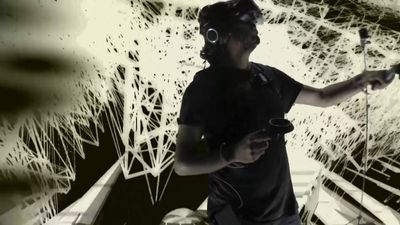