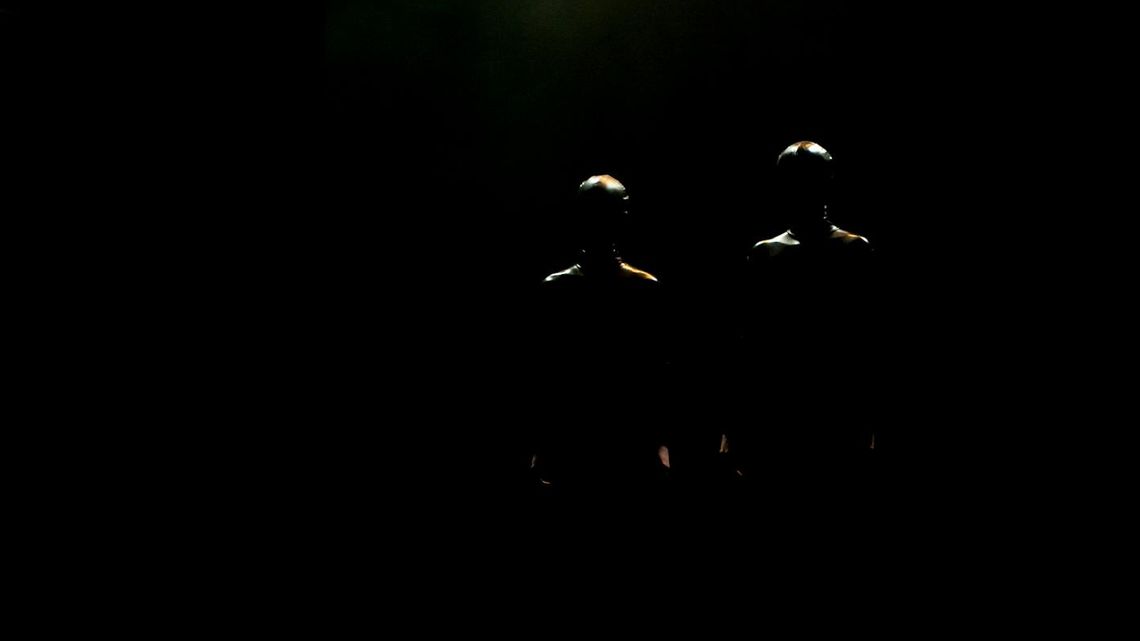 We appear in public on either side of the projection screen. We are covered from head to toe in our black zentai suits. Our mouths are hidden by a large oblong of red duct tape. Only our eyes - very heavily made-up to make them over-conspicuous - , can be distinguished.

We move very slowly towards the public, with an economy of gestures and movements that makes us look like two puppets. We wander among the audience and begin our interaction when the emotion aroused by the video begins to emerge.
This emotion is a subjective datum, which we feel growing within ourselves, or which becomes tangible on the faces of the audience.

Each of us, independently of the other, chooses her own modus operandi of approach and stares at the face of a spectator who will then seem moved or touched, or yet, impassible.
Eye to eye, we endeavour to collect the emotions emerging on the faces of the watchers.
We look at those who look, watching our video.
We try to read their emotions, in their immediacy.

We modify their expressions by the mere act of our presence and the intensity of our gaze.
We do not touch them physically, we address them no accusatory glance.
Our eye wants to be documentary and, at times, possibly empathetic.
This scenario runs in a random way, depending on the emotional encounters.

This performance format is meant to be an emotional and sensitive improvisation, a meeting with the public around another language, where words have no weight anymore, a shared moment, from deep within our work.

Equipment requested:
-a projection screen
-a video projector
-a sound system
-a computer