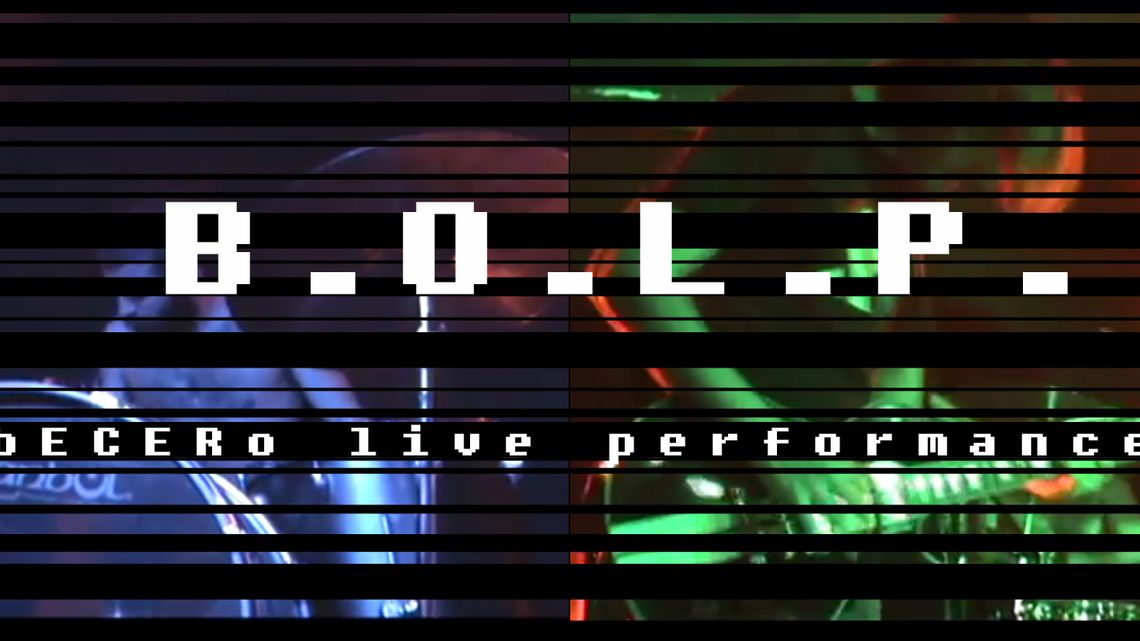 [Тэкст даступны толькі на англійскай мове] Bolp (Becero Live Performance) is a Live Set inspired by the work of Klaus Obermaier http://www.exile.at/ko/ .
Bolp uses the same technique to create a spectacular live set that explores new artistic methods of projection recurring also to an original software for the management of live video contents.
The two main elements, music and video, interact through the projection surface (the bodies of the performers), the music real-time influencing and modifying various parameters of the projected images.
Above the stage, in designated areas, we will locate the drums, an amplifier and 4 monitors, 2 of them for each performer.
All the items on stage will be covered in white and the musicians themselves will wear white suits to become part of the projection surface.
On the areas previously mapped will be projected animations of abstract geometric figures.
The intent is to use the performers and the elements on the stage as part of a big screen thus creating a dynamic play of light sensitive to the music played.
To carry out our performance we will use a specific mapping software capable of multiple projections, allowing you to determine arbitrary projection spaces not bound to the classical rectangular film projection, thus making it adaptable to any surface.
The performance lasts about half an hour. Audio and video are completely original and are made by Becero.

No. 2 monitors to be placed behind the drums

No. 2 monitors to be placed in a semicircle in front of the guitar

No. 1 bass amp (Peavey preference for head and cabinet Ampeg)

No. 1 roll of opaque white paper

No. 1 VGA cable (length to be determined)

The drums and the amplifier must be, if possible, positioned as front as possible and distributed on the surface of the stage so as to exploit the space that will be used for projection. 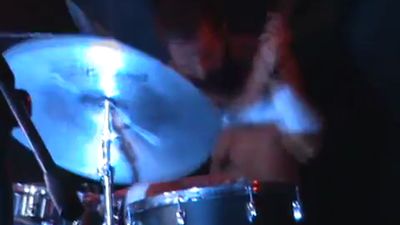