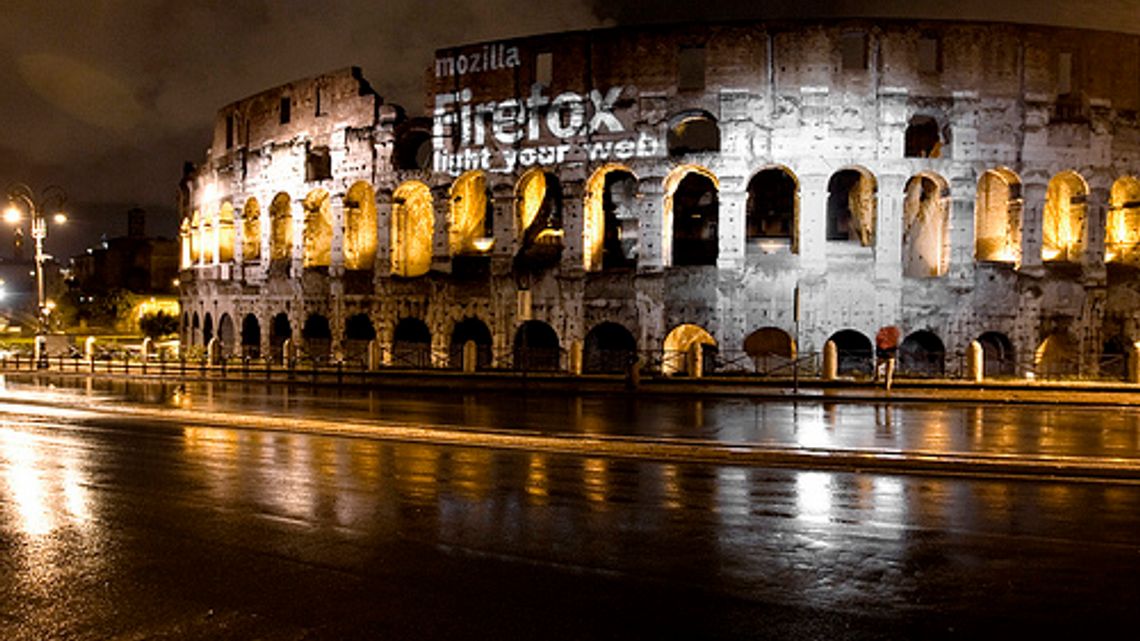 [Тэкст даступны толькі на англійскай мове] For the fifth birthday of the open-source browser, Firefox Italy celebrates coating of light walls and facades of the monuments of Rome. The Fox Fire, the logo of the browser, has appeared in the most popular places of Rome: Piazza di Spagna, the Colosseum, the Altare della Patria and Piazza del Popolo, ending his race on the facades of the Pyramid Cestia.

The initiative called Catch the Fox is organized by Nois3lab and realized in collaboration with Project-on on a Verbo's idea, street artist of international renown.

The performace is called video-raid: the intuition is to combine the expressiveness of street art with the communicative potential of visual arts based on the slogan of the brand-campaign: "Light Your Web with Firefox". Unexpected play of light, projections fleeting and a joint campaign on social networks are the perfect combination for this sales promotion success. 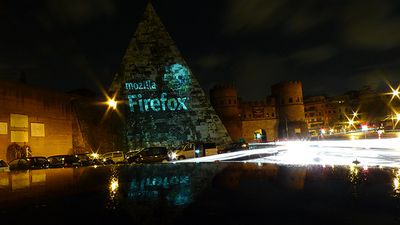