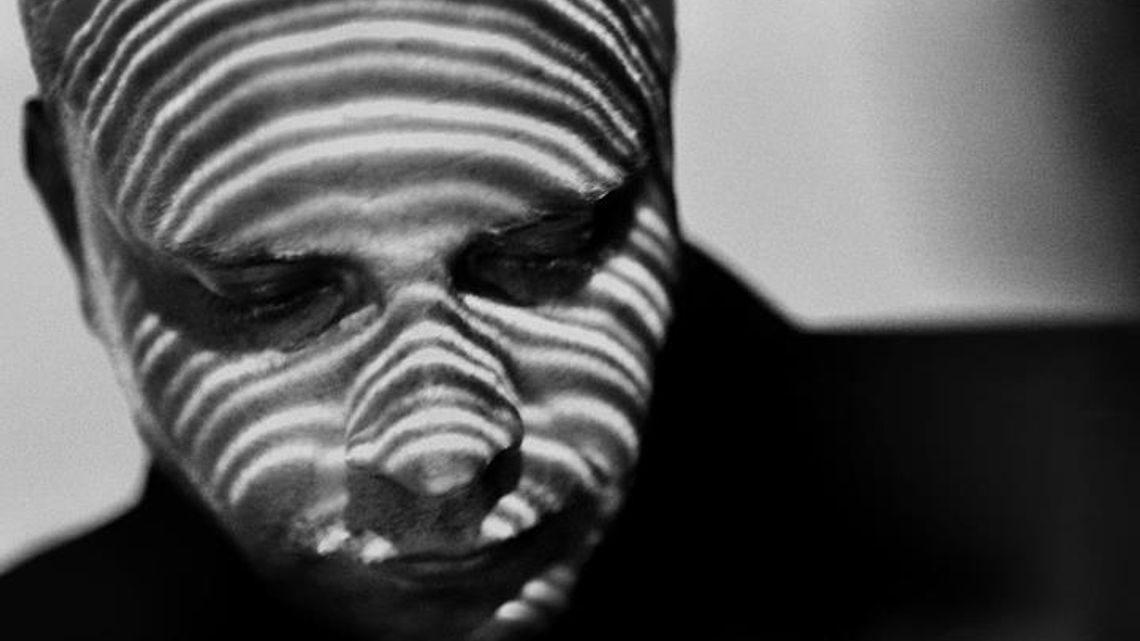 [Тэкст даступны толькі на англійскай мове] The project addresses the issue of relations between the internal, visceral physiological activity of the body and the surrounding invisible environment of electromagnetic waves, which are generated by the commonly used electronic devices. Through visualization and sonification I try to explore continuous modulations of the hybrid space where the invisible biological signals coexist, intermingle and interact with invisible technological environment. Performer's body, in this case, is both the source of signals and a sort of antenna, which responds to specific external electromagnetic impulses. Thus, the performance takes shape of an artistic experiment that reveals a complex system of relationships between the biological and the technological dimension of existence.
At the same time, I want to address the issue of technological monitoring of various aspects of life and the question of cultural consequences brought by the development of so called “vision machines”, as Paul Virilio describes it. These machines allow the perception of phenomena that are beyond the reach of natural human sense organs on the one hand, and on the other, are important factor in the growing of technological surveillance in society of control. Innovative and custom use of biometric technologies and devices, which are used for monitoring of electromagnetic waves, reveals scale and scope of technological surveillance, and simultaneously it points to the possibility of widespread use of these technologies outside the context of medical and telecommunication industries. Common and widespread access to these technologies, combined with low social awareness of the possible consequences of their use in various areas of life, generates a number of problems, in particular, issues of privacy, identity, subjectivity, control and power.
During the action the performer's body is being monitored by a system of sensors that respond to different electric and acoustic signals generated by the body at the biological level (I use ECG, EMG and MMG sensors). I use sensors that allow for the amplification of acoustic signals such as muscle activity, blood circulation, heart rate as well as devices that monitor the electrical signals from the skin surface (galvanic skin response), which are supposed to indicate changes in emotional state of the performer.
At the same time electromagnetic waves, which fill the space in which the performance is carried, are being monitored by custom made “spying” – primarily microwaves of 1-5 GHz range, emitted by wireless communication systems, Bluetooth, and mobile phones. These signals are being captured and transformed into audio and visual information. They are also converted into electric impulses and then transmitted to the performer’s body. Thus a feedback loop between the inner activity of the body and external electromagnetic space is established and made possible to perceive to the audience.
Enhancement and parametric analysis of biological and electromagnetic signals is used to create music and visual structures, which are generated and processed in real time. In the first part of the action biological and electromagnetic signals are isolated and generate distinct sounds and images distributed in the performance space. I use multi-channel audio system (4 to 8 channels depending on the venue), which allows the spatial separation of the two biological and technological audio paths. They also differ because of the characteristics of sounds generated by the software. In this way, tension between the inside (the body) and the outside (electromagnetic space), between performer‘s organism and its environment is articulated. In the course of the performance two kinds of signals cross over, intersect and interact, gradually forming a common, dynamic, evolving sound structure. The connection between them is achieved at the level of the performer's body, which is subjected to electrical stimulation generated by electromagnetic waves during the performance thus influencing the intensity and quality of bio signals.
The relationship between two kinds of signals in the image is indicated by triple projection. Two external screens show respectively different visualizations of biological processes and activity of electromagnetic field, which are generated and develop independently in real time. The third, centre screen shows the effect of the interaction between these two levels. 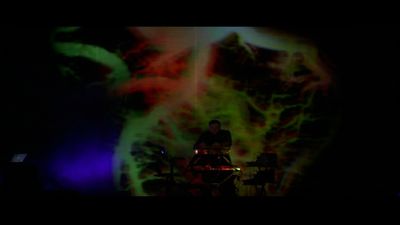