###b###Alessandro Martinello###/b### was educated in the field of arts and got his degree in 2005 in Multimedia technologies at the University of Udine, with a dissertation thesis on the historical relationship between magic lantern shows and the Vjing practice. There he started his own pathway, especially addressing the instruments of vision and their real time processing.
He created a few video-sets for music events and in 2004 he cooperated with Esperimentocinema and the Festival “Très Court”. With “landEscape-videoinstallazione interattiva per uno straguardatore” (landEscape - interactive videoinstallation for an extra-watcher) he participates in 2009 to the FOPA Festival of Performing Arts (Pula-HR) and in 2010 to PlinTO (Torino).
After meeting the theatrical research company Tam Teatromusica, as a student in the workshop led by Oikos-Officina delle arti sceniche, he started a personal experimentation pathway, involving the relationship between video-performance and theatre. In 2007 he joined the Tam collective and now he is active in various art productions, as well as working as a chief technician at the Teatro delle Maddalene in Padua.
In 2010 he created his first stage work, IAI, with the collaboration of Luca Scapellato and Claudia Fabris, which participated, as a study work, to the "Premio Controscene 2010" città di Biella, where it was awarded a special mention for artistic commitment and technological creations.


Luca Scapellato###/b###, jazz guitarist and percussionist, has been active in various live bands, he has recorded two albums, namely with the bands Genìa and O.P.B. At the same time, he has been developing his artistic and IT skills in the fields of electronic music, video-editing and web-design. He has been especially focusing on the interaction between music and image, on computer as an instrument and its users.
He composes and arranges music for videos (Centro Sperimentale di Cinematografia), film projects (caalma.org) and theatrical performances (Tam Teatromusica). 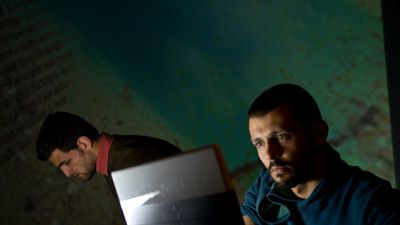 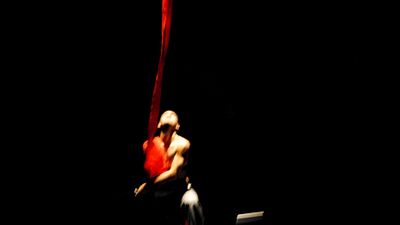