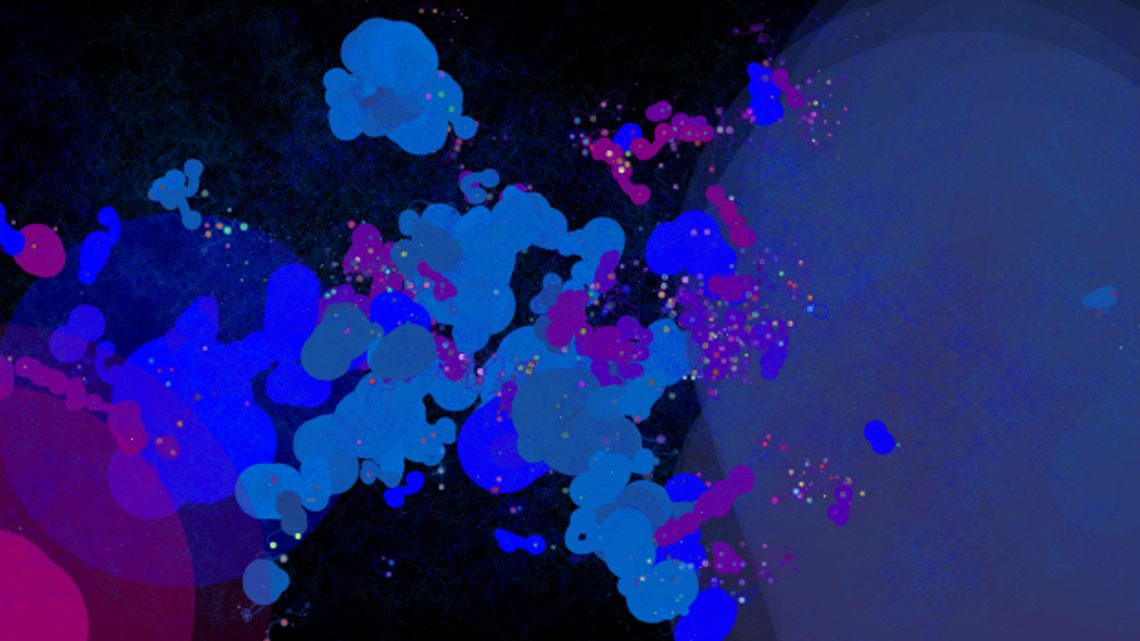 [Тэкст даступны толькі на англійскай мове] _Overview
A performance & installation for voice and interactive media in which the speech, shouts and songs produced by one user are radically augmented in real-time by custom interactive visualization and sonification software (Processing).
The performance touches on themes of abstract communication, synaesthetic relationships, audiovisual narrative.
Our software transforms every vocal nuance into correspondingly complex, subtly differentiated and highly expressive graphics. While the voice-generated graphics thus become an instrument which the users can perform.
_Background
“if we could see our speech,
what might it look like?”
The computeranalyses the audio signals coming from the performers’ micro-phones.
In response, the computer displays various kinds of visualizations on a projection screen behind the performers; these visualizations are synthesized in ways which are tightly coupled to the sounds spoken by the performers.
In some of the visualizations, the projected graphical elements not only represent vocal sounds visually, but also serve (bidirectionally) as a playable interactive interface by which the sounds they depict can be re-triggered by the performers.